Need shocks and suspension? How can we help you?

How Long Should Shock Absorbers Last?

The answer to that question hinges on several variables, including how many miles a vehicle is driven, on what kinds of roads it’s driven, and whether it’s driven gently or with abandon.
Those variables make it virtually impossible to assign a number of years or miles as a broad stroke, though we would expect shock absorbers (or struts on vehicles with strut-type suspensions) to last at least four or five years, unless the vehicle has been subjected to extreme use. It’s also not unusual for shocks to last 10 years on a vehicle that has lived most of its life on smooth pavement.

On the other hand, rough roads marked with potholes, large cracks and sharp ridges that run across the pavement (the typical urban torture test) will wear out shocks faster. Frequently carrying heavy loads or driving on unpaved roads with deep divots or imbedded large rocks will do the same. If you’re the type who takes bombed-out roads at the same speed as fresh asphalt, that devil-may-care approach is bound to exact a toll over time. Winter weather and road salt can also shorten shock absorber life by contributing to corrosion.
Instead of using time or mileage to decide when to replace shocks, use them as guides for when to have your entire suspension inspected for wear, damage and leaks (shocks contain fluid). Some shock absorber manufacturers say you should replace them at 50,000 miles, but that’s more for their benefit than yours. Having the shocks and suspension inspected at 40,000 or 50,000 miles, then annually after that, is a better idea. A thorough inspection should uncover what you actually need, if anything.
The springs in your vehicle’s suspension do most of the shock absorbing. The shocks reduce the bouncing caused by springs compressing and releasing so you don’t go boing-boing down the road. If you notice more bouncing than usual, a “porpoising” motion over wavy surfaces, bottoming out over railroad tracks or more body lean in turns, the shocks might be worn or leaking fluid and will need replacing.

Longer braking distances or abrupt reactions through the steering wheel can also be caused by worn shocks, though your first inclination might be to blame something else for those problems.

If you’re having none of those issues, the shocks might still need attention. Bushings — the rubber and metal “cushions” at mounting points and connections — may be worn and allowing abnormal suspension movement or vibrations that can cause excessive tire wear or put more stress on other suspension components.

But there are plenty of other potential culprits in the suspension system that could cause ride or handling issues or unusual noises, such as ball joints, tie rods and control arms. Don’t automatically point the finger at shock absorbers or buy a new set because they’re on sale. Have a complete checkup of the entire suspension.

How can we help you?

Adrian said the staff was nice, friendly, and did exactly as they said.

Christer said that the place kept him informed, met their timeline, communicated well and explained what they did when he picked up the vehicle.

Selena said the service was great. She went... Read more at SureCritic

I was so pleased with my visit to Murfreesboro... Read more at SureCritic

Wes said this business has good people, they are honest, reasonable, and they don't take advantage of people.

Took my Ford F150 over without an appointment.... Read more at SureCritic

The best thing about this shop is you can trust... Read more at SureCritic

Kirby said the staff were able to fix his vehicle that nobody else could.

I brought my car in for transmission issues and they had it finished in one day! I go straight to Eric and crew everytime I have an issue.

Tyrell said this would be the place to contact... Read more at SureCritic

Cory said the work was good, but he doesn't like the up sell.

Working to be your Neighborhood Mechanic!

How can we help you? 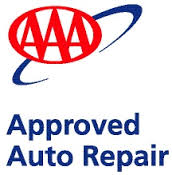